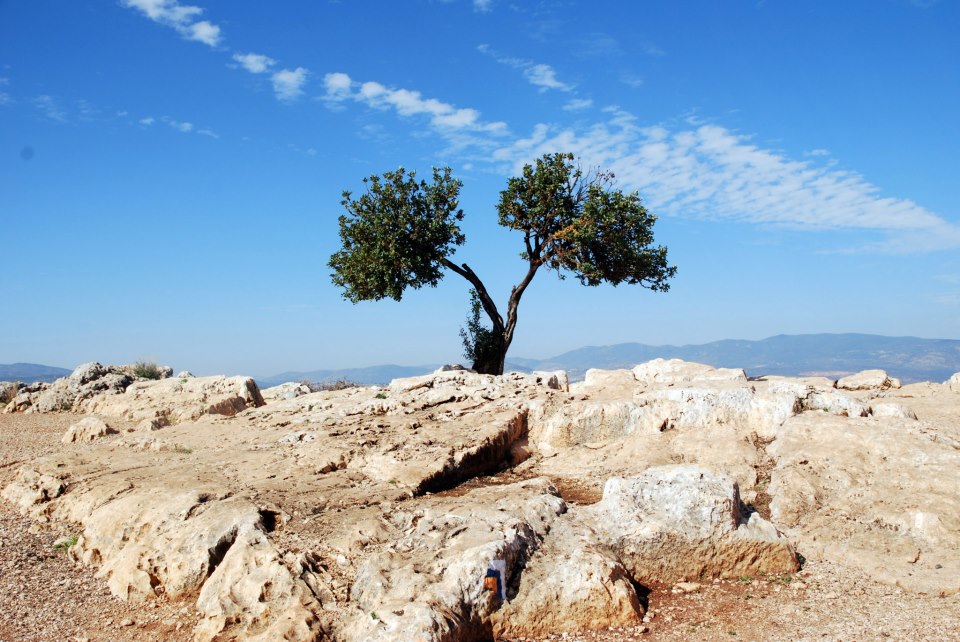 Travel northbound along the coast, stop at an observation point for view of Megiddo - Biblical site of Armageddon. Proceed towards the Jordan Valley and stop at "Yardenit" the Baptismal site on the Jordan River. Ascend the Golan Heights to an observation point over Hammat Gader, the triangular border between Israel, Syria & Jordan. Drive to Katzrin, the Talmudic capital of the Golan, tour the ancient basalt rock built synagogue and olive press. Ascend Mount Bental, by car, for a panoramic view of Kuneitra Valley on the Syrian Border. Proceed for a short walking tour of a typical former Syrian fortification in the Golan. Estimated return: in JLM ~19:00 pm / in TLV ~18:30 pm